Whitestone was once a large part of an estate owned by Francis Lewis, one of the signers of the Declaration of Independence, and was named after the white limestone that once lay on the shores of the East River. Dutch settlers from that era used the white limestone as a local landmark. During the Revolutionary War, Lewis' estate was raided by the English, his house burned to the ground, and his wife taken prisoner. His wife had been treated poorly by the British soldiers while in captivity, which ultimately led to her death shortly after being released during a prisoner exchange. Eventually, the area was named Clintonville after the former governor of New York, Dewitt Clinton. There is a street in Whitestone named Clintonville Street that still commemorates his name. It would be in the 19th Century that upper-class New Yorkers began building mansions in the Whitestone area. In the 1920s, the Long Island Rail Road service would contribute significantly to its growth.

Those who own property in Whitestone, New York, enjoy all the great amenities you would expect to find in the Big Apple. This is a walking community, with all kinds of walking tours featuring a wide range of themes. Residents enjoy the Bohemian Culture Walk and the In-Depth Walking Tours, among other similar tours that take place in the Queens area. Additionally, there are many historical locations and museums to visit near the Whitestone community. The New York Hall of Science situated in Flushing Meadows-Corona Park is a great place to go for all ages and features award-winning exhibits and a total of 160,000 square-feet of exhibition space both indoors and outdoors. On top of that, this prestigious community has many parks and natural outdoor spaces for residents to enjoy, such as the Queens Botanical Garden, the Flushing Meadows–Corona Park, and Harvey Park. For those who love a night out on the town, Queens has numerous fine dining options, pubs, nightclubs, and shopping centers, as well as many other activities for all ages.

The unwritten rule in Whitestone is that no one home can be identical. With that said, this community prides itself on having some of the most beautiful homes in the city of New York. Most homes in this community are custom built, featuring different architectural styles, floor plans, and range from 2,000 square-feet to 5,000 square-feet and sit on large lots ranging from 4,000 to 9,000 square feet. Additionally, there are a number of high-end condos and apartments ranging in size and price in Whitestone. If you are interested in learning more about this lovely community, please call us today so we may assist you.

Our website features the best Whitestone real estate search for homes, condos, land and foreclosure properties available. It is the only site you will ever need! It is easy-to-use and updated by the official REALTOR®’s database every 15 minutes.

You can save searches, and get daily email alerts of new listings, price changes, sold data, and market reports. Our Interactive Map Search allows you to view properties on a map or refine your search by drawing the boundaries around the area you desire.

Curious about what’s happening in the Whitestone real estate market? Sign up for a Whitestone Real Estate Market Report to see what’s active, under contract, and sold!

today to find out how we can be of assistance to you!

$239,000
3456292 MLS
Investor delight, one of kind offering in Whitestone. Two lots combined for sale package deal must be sold together. R2 Zoning. One lot with existing 1 family house perfect for fixer upper plus a large 3 car garage, one vacant lot perfect for new house development or use as parking space. Two lots must be purchased together package deal. Highly desirable location with excellent neighborhood providing all the essential needs.

$799,000
3 Beds ⋅ 1 Baths ⋅ 3456290 MLS
Investor delight, one of kind offering in Whitestone. Two lots combined for sale package deal must be sold together. R2 Zoning. One lot with existing 1 family house perfect for fixer upper plus a large 3 car garage, one vacant lot perfect for new house development or use as parking space. Two lots must be purchased together package deal. Highly desirable location with excellent neighborhood providing all the essential needs.

$3,288,000
3 Beds ⋅ 5 Baths ⋅ 3455961 MLS
Welcome to this remarkable brick center hall colonial nestled on a beautifully landscaped property in the heart of Beechhurst/Robinswood, custom built in 2019. The home boasts of 4,600 sq ft of interior living space with everything you can imagine. Radiant heat, full gym, soaring entrance with venetian plaster on walls, smart home technology, indoor/outdoor surround sound, oversized bright rooms. Exquisite custom gourmet eat in kitchen with stainless steel Thermador/Sub-Zero appliances and granite countertops. Separate coffee station. Laundry room on first floor. Ascend the sprawling bridal staircase with custom iron rails, to the second level. The massive primary bedroom, with en suite bath and oversized walk in closet with stairs leading to the attic. Attic has large gym and a second oversized walk in closet. Exit the primary bedroom to a wraparound balcony overlooking the stunning view of the beautifully landscaped backyard and pool. Additionally two bedrooms with en suite baths and walk in closets. Lower level built for entertainment with high ceilings, custom built bar and built in cigar humidor, perfect for a wine and cigar lover. Extra room built for a wine cellar. Tranquil property with heated salt water pool and outdoor kitchen makes it feel like your own private oasis.

$1,695,000
8 Beds ⋅ 6 Baths ⋅ 3455332 MLS
Semi-Detached 2 Family House - Amazing Location! Excellent Investment Opportunity!! 8 Bedrooms, 6 Bathrooms, 4 Kitchens and Laundry!! Currently owner Occupied - Free of Tenants! Located in Whitestone, right off the Whitestone Expressway and near the Whitestone Bridge! Walking Distance from shopping centers, parks and but to the 7 train on Main St. Station! 3 bedrooms apartments on the second floor and third floor! Each with 2 Bathrooms, Separate Eat-In Kitchen and Spacious L shape Living Room- Dining Room area! Spacious first floor level with 1 bedroom, living room, separate kitchen and full bathroom! Finished Basement with lots of windows and separate spaces, that is street level on the back as the house has entrances on two different streets (143rd Street and Whitestone Express Private Driveway and attached Garage! Property has an installed sump pump to protect against flooding! Security Cameras and Several Fire Proof Doors throughout the house!Lots of Sunlight and Unobstructed View 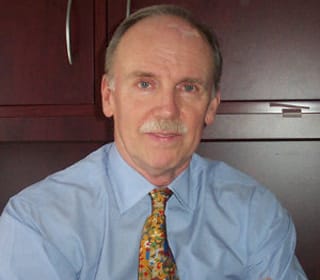 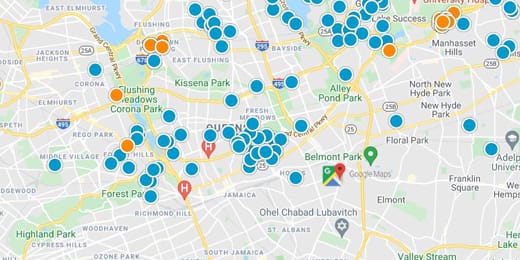